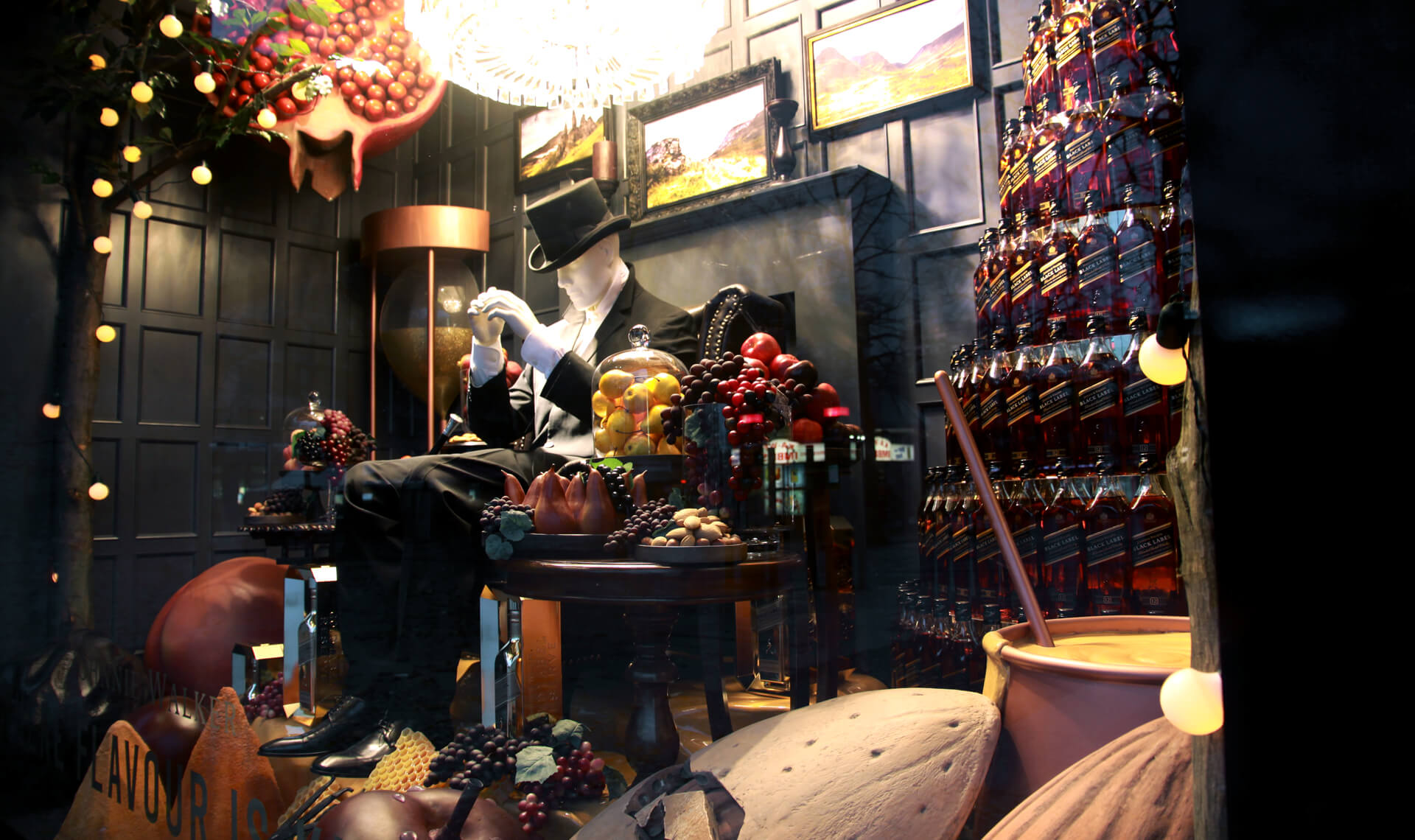 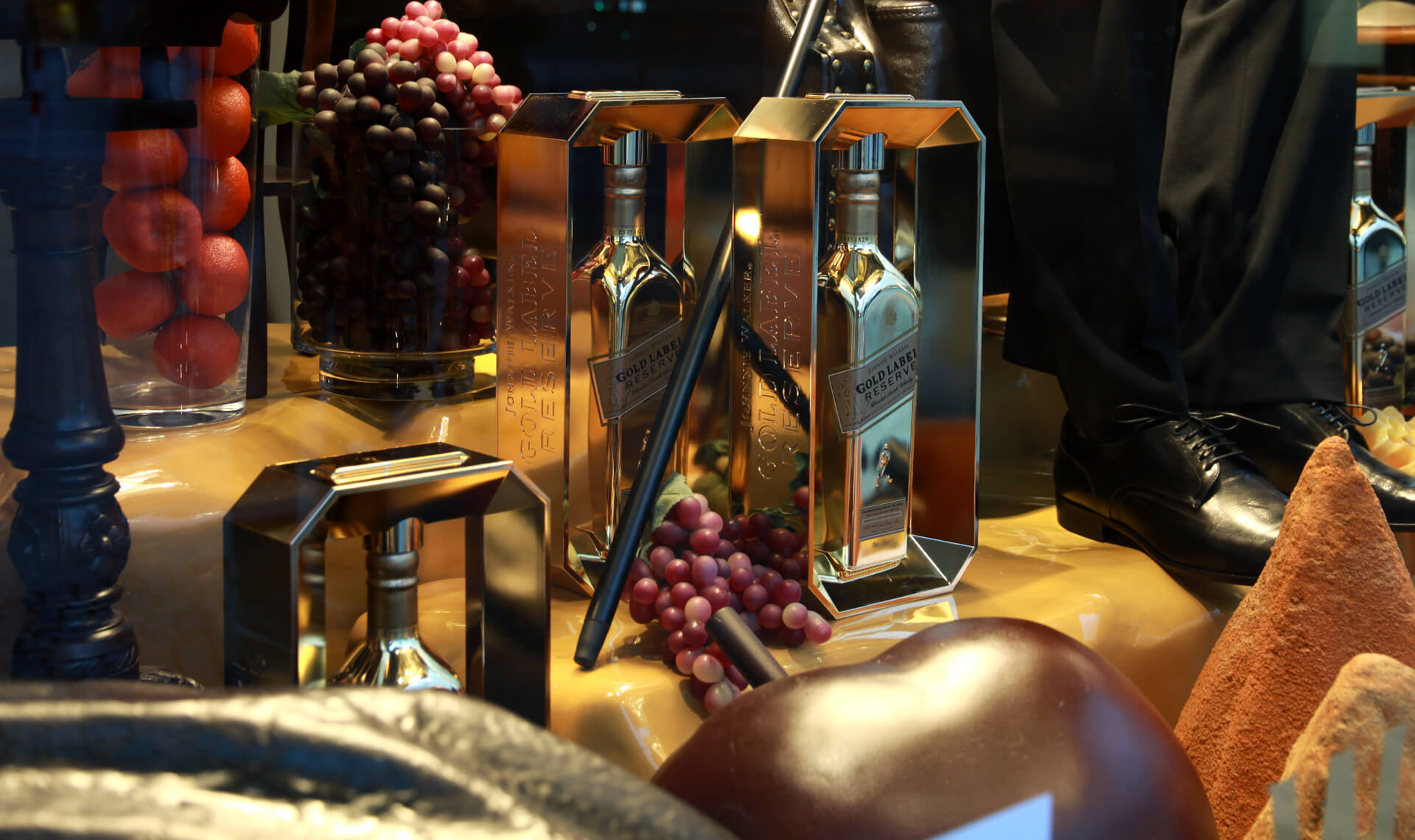 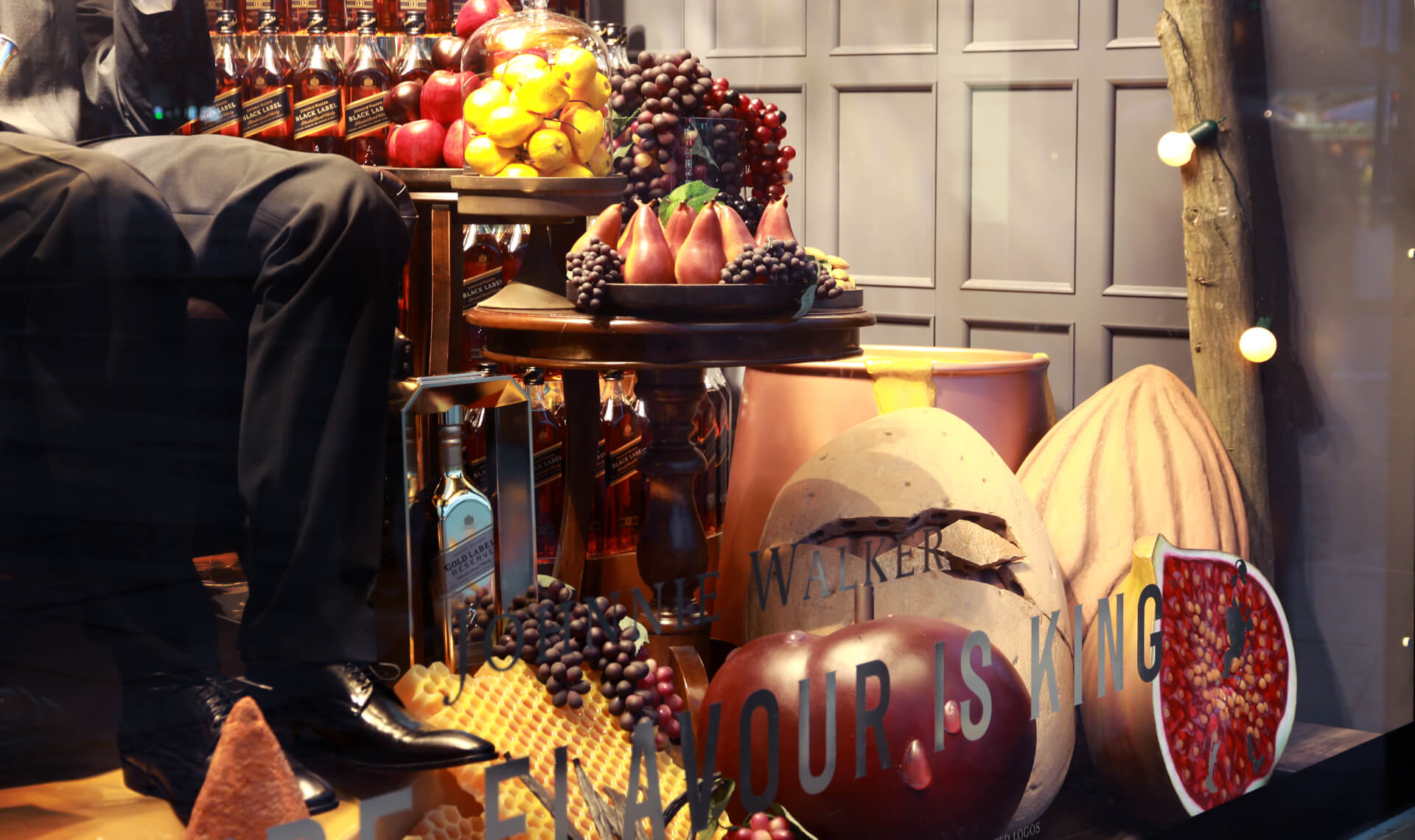 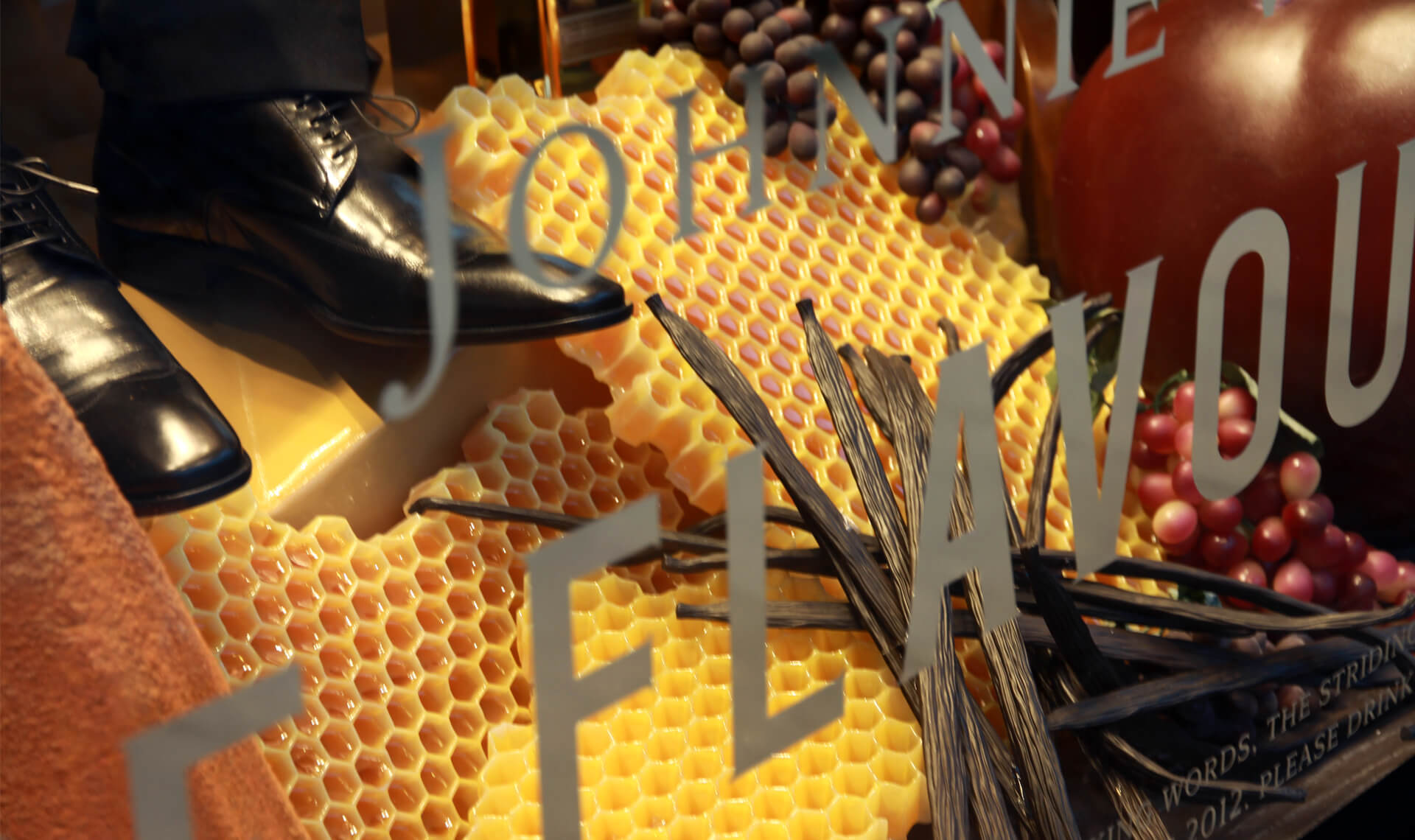 The visual merchandising for JOHNNIE WALKER is incredibly luxurious: fruits, honeycombs and paintings. How many suppliers does HAUS F have in its databases? If the window were a film, the credits would be bigger than the window itself: many people have had their paws on this display window – the best experts from every discipline. For the dummies alone, we worked with four different scenery builders.

How do you plan a display window that looks like that? In the form of an illustration? In fact, in this case the template was an illustration. Afterwards, we set up the display window on a 1:1 scale in our production facilities and supplemented and modified it until everyone involved was satisfied.

This site uses cookies. By continuing to browse the site, you are agreeing to our use of cookies.